South-west France boasts unrivalled diversity in cheese. It is the only French region to offer all categories of cheese and to produce all three types of milk. The region is brimming with a wealth of products to discover. The founding team of Fromages de Cocagne is supported and counselled by François Bourgon, who holds France’s prestigious title Meilleur Ouvrier de France for outstanding craftsmanship. The team seeks to be not just a wholesaler, but a campaigner too.

This family of cheese comes from Normandy and the whole Paris basin up to the borders with the Champagne region.

Sorézien is an elegant mix of cow’s milk and goat’s milk. It combines the softness, creaminess and tastiness of goat’s milk with the light tenderness of cow’s milk Its name comes from the village of Sorèze, which lies a few kilometres from Revel, making it an entirely local product. 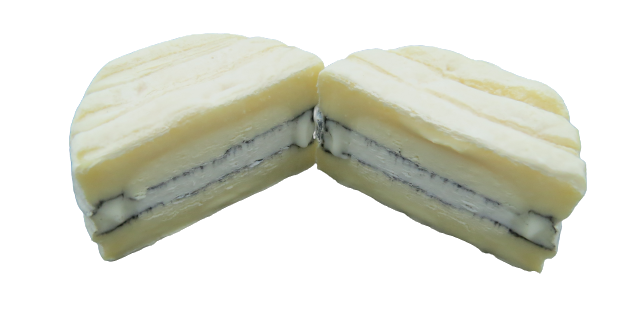 This is the large cheese family of Brie and Camembert. These cheeses come from moulding that is most often direct to keep as much suppleness as possible. Penicillium camemberti is then added to them. This fungus is characterised by its snow-white colour and mushroomy taste. A red spot means the cheese is ripe in the middle.

This family of cheese comes from Normandy and the whole Paris basin up to the borders with the Champagne region.

Titounet means ‘little lamb’ in Occitan, our regional language.
This ‘small sheep’s milk Camembert’ is made from carefully selected
full-fat sheep’s milk.
The cheese softens as it matures.
The delicate flavours of sheep’s milk from our
local area stand out without ever becoming too strong. 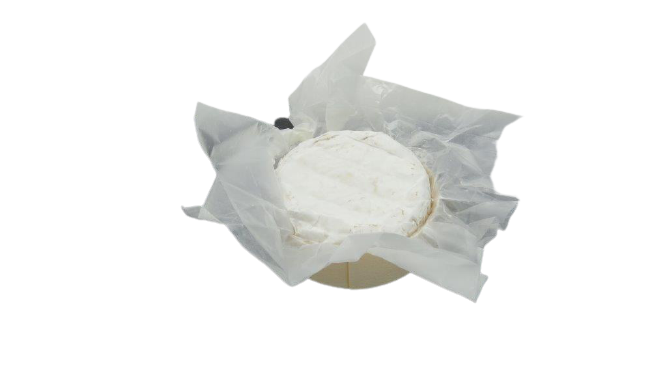 This cheese family is emblematic of France’s northern borders. From Picardy’s Maroilles to Alsace’s Munster, these cheeses stand out for their strong scent and moistness. These two particularities come from the rind, which is covered in a bacterium rather than a fungus. This bacterium is brevibacterium linens, also known as red bacterium.

Maturation of these cheeses requires a damp, little-ventilated cellar to keep the rind moist. The cheeses are washed in brine at an early stage to produce this rind.

This cheese’s name comes from a lake in the Montagne Noir mountain range that provides a source of water for the Canal du Midi. Lampy is a characterful, runny, orange cheese without a rind. It is for lovers of flavoursome cheese ! 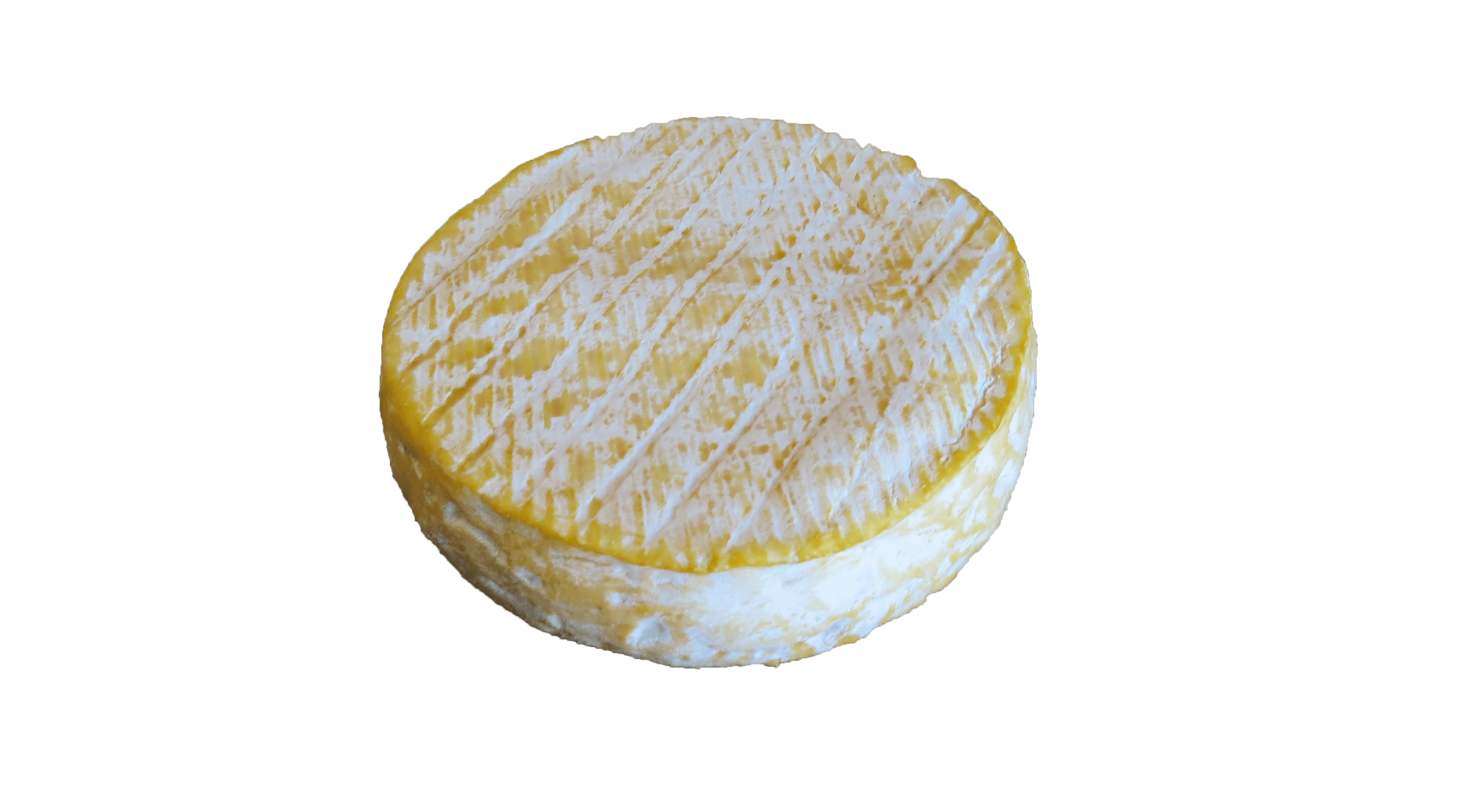 This cheese family has a special place in my heart as its traditional representative is Comté. In this family is a desire to make cheeses that keep for as long as possible. To achieve this, the curds are cut, heated and pressed. Mechanical and thermal processes ensure the curd texture is as dense as can be. The result is a firm cheese that requires many months, even years, to fully develop its flavours.

This cheese family is usually found in eastern France, in the Savoie and Franche-Comté regions.

Its evenly yellow body is supple and cool. Its taste offers notes that vary according to the seasons and to texture development. The main qualities the Marcel Petite cellar masters look for in selecting Comté cheeses are delicacy, subtlety and intensity. 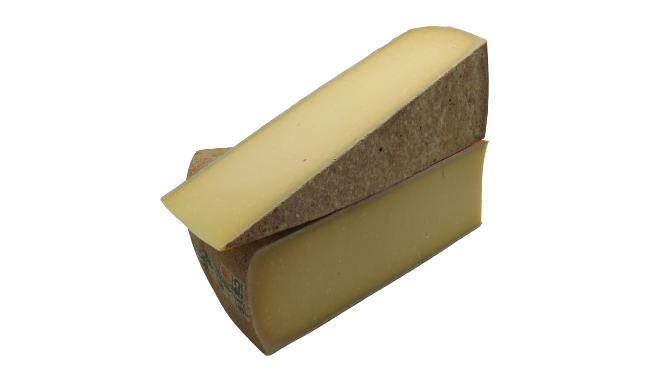 This cheese family is the largest and most varied ! It includes Morbier, Cantal and Ardi-Gasna. It is characterised by a weight above one kilogramme – a cheese type known as tomme. These cheeses vary in texture according to how they are pressed. They range from soft to hard, each region pressing them differently. Similarly, the coverings are specific to local areas.

The family spreads so far over France that it is difficult to pinpoint it to one location!

This cheese is matured in a traditional way for twelve weeks in cellars in Bethmale in the Ariège department of France. It is a cow’s milk cheese with a fruity flavour and a hazelnut aftertaste.
It has a natural yellow-orange rind and its texture, which has many cavities, is smooth in the mouth. 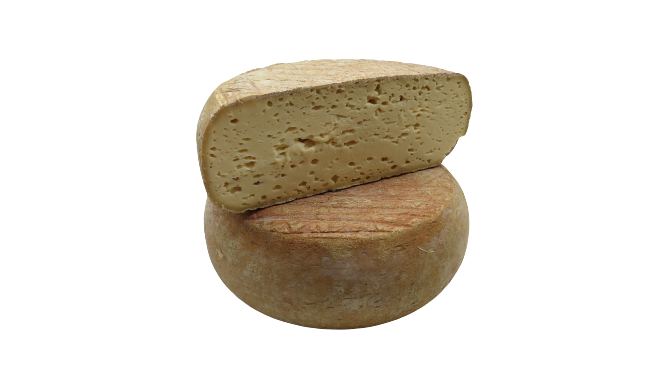 Cheese is thought to have come from an accident in preserving milk. So this family of cheese almost certainly comes from an accident in preserving cheese. In this family, the penicillium is not outside the cheese but inside its body. So the maturation is inverted, from the inside towards the outside. To make this maturation possible, the cheeses have to be pricked with needles to introduce the oxygen needed for the fungus to develop. The tangy flavour of the cheese depends on the layer of penicillium and the maturing duration.

Do you fancy a bit of originality ? Then choose this product, a blue cheese that is quite rare as it is made from goat’s milk Rêves de Fromages offers a special version of its famous Guttus: Tendresse d’Alban. Tendresse means tenderness in French. And like the name of this cheese suggests, it is mild, creamy and delicate ! 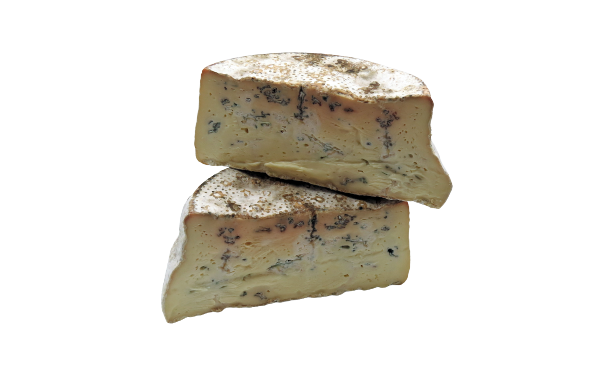 Butter, cream and yoghurts are dairy products rather than cheeses. That is why they form a specific family. Although the production technique is different and these products are not left to mature, they are nevertheless sources of excellent nutrients for our health: calcium, vitamins and especially lactic bacteria that strengthen our microbiota.

This vanilla yoghurt is the ultimate sweet treat. Beware of getting addicted to it ! It gives you the urge to go back for more as the quality of the vanilla chosen bursts with flavour in your mouth: you will be delighted by its generous notes heightened by the floral qualities of the vanilla beans. 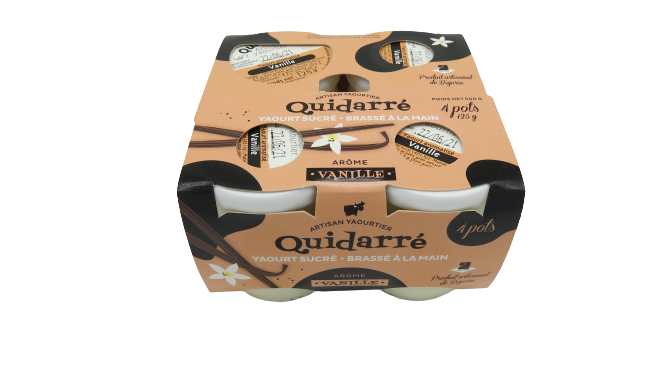